Most Blaupunkt radios beginning about 1967 (X-series) have an input port commonly referred to as the "DIN input". These input ports allow for external devises such as an external tape player, external short wave receiver or an external traffic decoder to easily be plugged into your vehicles stereo system. While a chrome front shortwave receiver or original equipment external tape may have a decorative quality as an optional accessory to the dash of a vintage car, they generally aren't very useful these days.

The good news is that this port can be used for modern external devices as well such as MP3 players, iPod's, tablets, cell-phones and even Bluetooth. This allows you to listen to music from your external device through your vintage cars vintage stereo system. Just pull out the rear white cap and plug in the external device cable. Plug in the small male end into your cell-phones headphone jack, you can now listen to your stored or streaming music. The cable has a built in chip that interrupts the radio signal when an external device is connected.

Not all radios were mounted in the dash. Some were mounted under the dash as seen in this Porsche 356 convertible. 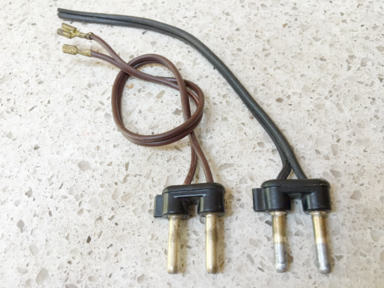 This 1972 Blaupunkt Frankfurt has a Mercedes specific thick recessed pin-stripe faceplate that will not work on any other vehicle model. These knobs were commonly used on Mercedes models, although they found their way to other vehicle models as well. 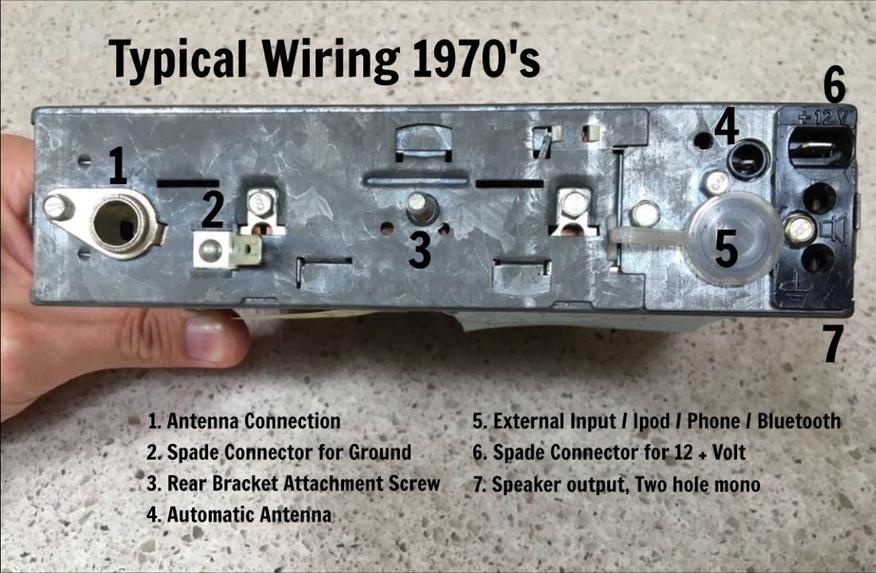 The speaker plugs for a vintage Blaupunkt radio will be one of two styles. The version with two equal round pins were used throughout the 50's, 60's and early 1970's. About 1974 these were changed to the "pin and spade" type that only allow you to insert the plug one way, thus specifying positive and negative output. This corresponds to Blaupunkts change from 8 ohm to 4 ohm speaker requirements. Mono radios use one plug (even when running two speakers), while stereo units require two. 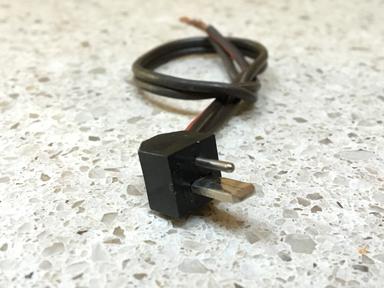 While these original BMW knobs look very nice and fit all Blaupunkt radios starting with the 1966/1967 X-Series, they may look out of place in some other vehicle models. It always depends on how "correct" the owner of a classic car wants their dash to be. 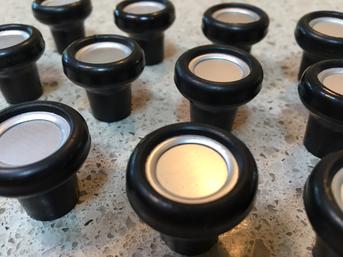 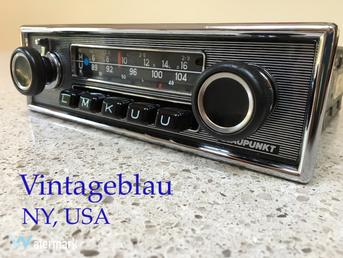 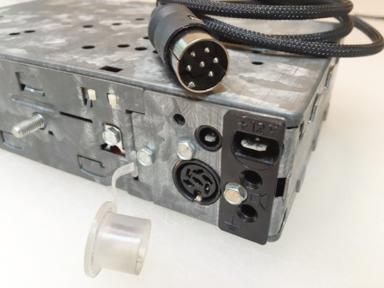 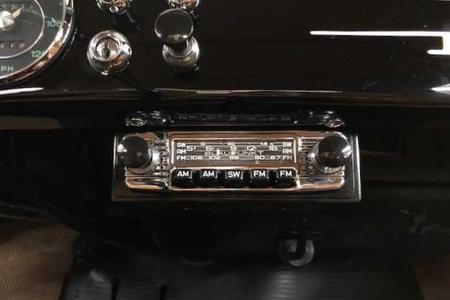 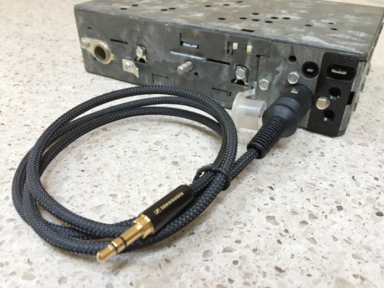 ​No matter what model vintage radio you install, it is important to ground it properly in order to ensure its proper function. Bad grounding will result in sub par performance and a lack of reception. For the typical 1970's models the rear tab (as shown in the example as "2") is designated for attaching the ground wire. The positive (hot) wire should be attached at the +12V tab and an inline 2 or 2.5 amp fuse is highly recommended as well. 1970's radios are negative ground only and cannot be used in a positive ground car.

The 1960's radios are slightly different. They have a permanently attached power wire. It is almost always yellow, even though a limited amount of radios may have a white power wire and very late 1960's radios may have a red power wire. The ground wire is attached either to the screw at the rear center of the radio body or to a side screw that attaches the amplifier brackets to the radio chassis. Although not a must, there may be slight benefits to grounding both the radio body as well as the separate amplifier in case the radio has one. Before powering up any pre-1970's radio, it is extremely important to know what the polarity of that radio is in order to avoid causing internal damage.

The 1970's Blaupunkt radio shown in the diagram is a mono Porsche 911 Frankfurt unit. The two speaker holes (as shown in the diagram as #7) take typical banana/push plugs. We recommend using our original speaker plugs for correct fitment. These mono output radios are designed to run either one or two speakers. Speakers should be 8 ohm through the mid 1970's. Using 4 ohm speakers will damage these 8 ohm radios over time. Speaker wattage should be kept relatively low and factory specs are always best. For those customers requiring a more powerful system, an amplifier can be installed, allowing for more powerful speaker installation. If you have any questions regarding the specifics for your radio application, just let us know. We are always happy to help.

​
The wiring process for a vintage Blaupunkt radio is generally a simple procedure. Besides the antenna wire and speaker cables, the only other wires are the positive and negative wires, possibly an automatic antenna cable if it applies to your vehicle model. Where these wires attach to Blaupunkt radios changed over the years though.

People often ask us about the basic installation procedures when putting Blaupunkt radios into their vintage cars such as Porsche, Jaguar, BMW or Ferrari. Here are a few pointers to direct people into the right direction. Obviously not everything is covered here. For specific questions just contact us.

No matter the make of the vehicle, the body/chassis of the radios of the same era are the same, including the universal shaft to shaft spacing. Although the faceplates and knobs often vary from one vehicle model to another, for many models you can retain the same faceplate and knobs when swapping from one car to another. One example would be taking an early Blaupunkt Frankfurt with the face plate and knobs out of an early 1970's BMW 2002 and installing it into an early 1970's Ferrari. Although it will install well, it will not look original, since BMW's have very specific knobs and faceplates.

In other cases the faceplate cannot be used when swapping a radio from one car to another, since the faceplates just won't install properly. One classic example is taking a vintage Blaupunkt out of a Mercedes and installing it into a Porsche 911. While the Mercedes faceplate is the recessed thick "box-style", the Porsche 911 requires the "through-the-dash" small chrome bezel. The person doing this will now have to purchase a different Blaupunkt faceplate. If you find that you may have the wrong faceplate and/or knobs, contact us. We always have a large selection of model specific items available, especially the very specific faceplates and knobs for Porsche 911/912 , BMW 2002's and Mercedes.​